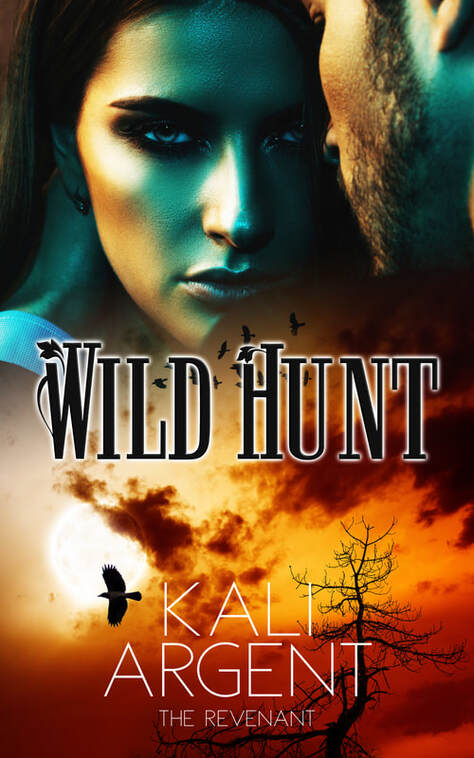 Held captive by human Hunters, Mackenna Wade has spent the past two years dreaming of the day she would escape her prison. Every minute since the Purge has been a living hell inside the compound, but she refuses to let her captors break her. So, she waits. Watches. Listens. And when one little mistake opens the door to opportunity, she’ll risk everything for a chance at freedom.

Even exposure of the deadly secret she harbors.
​
Caught in an endless spiral of shame and guilt, Cade Novak isn’t interested in being part of a team or having people depend on him. Been there, done that. It never ends well. He knows venturing into a hostile shifter camp is a suicide mission, and one he fully intends to be a one-way trip.

Until fate intervenes.
​
It’s a battle of wills when these two damaged souls collide, but if they can let go of the past and learn to trust again, they might just find something worth fighting for.

“Fuck!” Miles Irati shouted from the driver’s seat as he gripped the steering wheel in both hands and slammed on the brakes.
Shaken from his morose stroll down memory lane, Cade planted both feet on the floor and gripped the armrest.

Tires screeched over the pavement as the SUV fishtailed down the highway, and the smell of burning rubber filled the cab. Time slowed, and every second seemed to drag out into eternity. Instinct had Cade tensing, preparing for the impact, but it never came. Instead, the vehicle shuddered to a halt mere inches from a stark-naked woman with glowing amber eyes.

Thank fuck for vampire reflexes and antilock brakes. Otherwise, they’d be scraping the female off the highway.

Behind him, Rhys and Thea edged forward to peer between the front seats. “What the hell?” Rhys asked. “What’s she doing?”

“Help.” The female outside the car lunged forward, slamming her hands down on the hood. “Please, help me.”

“Is that blood?” Thea Mendez shoved her mate out of the way and practically climbed into the front seat to get a better look. “Is that her blood?”

Forcing himself to look away from those wide, terrified eyes, Cade searched the female for signs of injury, and he didn’t like what he found. A mess of matted curls the color of fire cascaded over her shoulders, falling down her chest to cover her breasts. Yet, the wild mane couldn’t hide the multiple bruises, burns, and lacerations that covered her from neck to hips.

She hadn’t sustained those injuries by running through the woods. Someone had done that to her. Someone had hurt her.

“Why isn’t she healing?” he asked, his gaze going to the deep cut on the side of her neck. “She’s paranormal, right?” He still couldn’t tell the difference between shifters and werewolves, but judging by the inner glow of her eyes, he guessed she was one or the other.

“Werewolf,” all three of his companions answered in unison.

Considering he was the only human in the car, he didn’t bother asking how they knew. “Do we help her?”

Every muscle in his body vibrated with the need to leap out of the SUV and rush to her aid, but in their new world, nothing was ever as black and white as it appeared. She could be Coalition, or part of a rogue werewolf pack. It could be, and probably was a ruse designed to deceive them.

“She’s not healing,” he repeated when no one answered him. For some reason, that really bothered him. “Is she sick?”

Rhys Lockwood cursed under his breath. “She’s weak from blood loss, and she looks like she hasn’t eaten in a while.” Sighing, he dropped back into his seat. “I know the look well.”

“Please!” the female yelled as she began limping toward Cade’s window, still holding onto the hood to keep her upright. “I just need a ride. You can drop me off at the next town. Just, please, help me!”

“We’ve been here too long.” Miles’ fingers squeezed around the leather steering wheel. “Whatever we’re going to do, we need to do it quick.”

Cade had his door open before the vampire had finished speaking. He didn’t understand it, couldn’t explain it, but the need to comfort the female was powerful and unyielding, overpowering both instincts and common sense.

“Thank you,” she sobbed when he approached her. “Oh, thank you.”

“Whoa, easy, I’ve got you,” he said, catching her when her knees buckled, and she fell into his arms. With one arm around her shoulders, he hooked the other behind her knees and lifted her off the ground. “Guys, a little help!”

The back door swung open, and Rhys exited the vehicle. “Come on, in the back.” He waited for Cade to slide into the backseat with Thea, slammed the door closed, then jumped into the passenger seat beside Miles. “Let’s go.”
​
As the vehicle lurched forward, the female draped across Cade’s lap fisted the front of his zippered jacket and buried her face against the side of his neck. “Thank you,” she muttered. “Thank you.”
Copyright Kali Argent 2014-2020. All Rights Reserved.